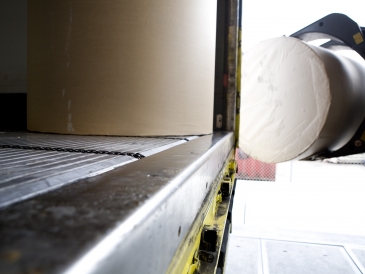 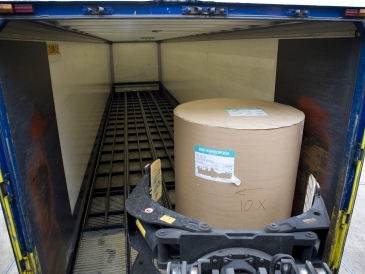 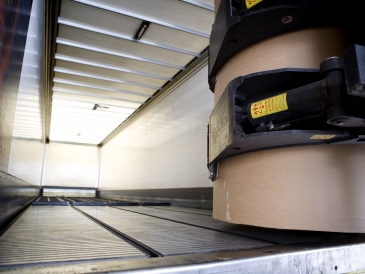 "Thanks to the versatile Ancra slat conveyor system we have a fast handling of paper reels and next to this the trailer can also be used for silent unloading of palletized newsprints on location." -Gerard Jongsma, Paper reel handling DistriQ

Loading newsprint paper reels with different dimensions is possible with the slat conveyor system. The slat conveyor system is directly mounted on the chassis whereby the system easily can be relocated if necessary. The 24V DC driving unit is powered by the truck’s batteries and takes care of smooth (un)loading of the 30 tons load. Due to the flat floor the semi-trailer is also usable for the distribution of palletized newspapers in addition to delivery of the paper reels at the print factory. 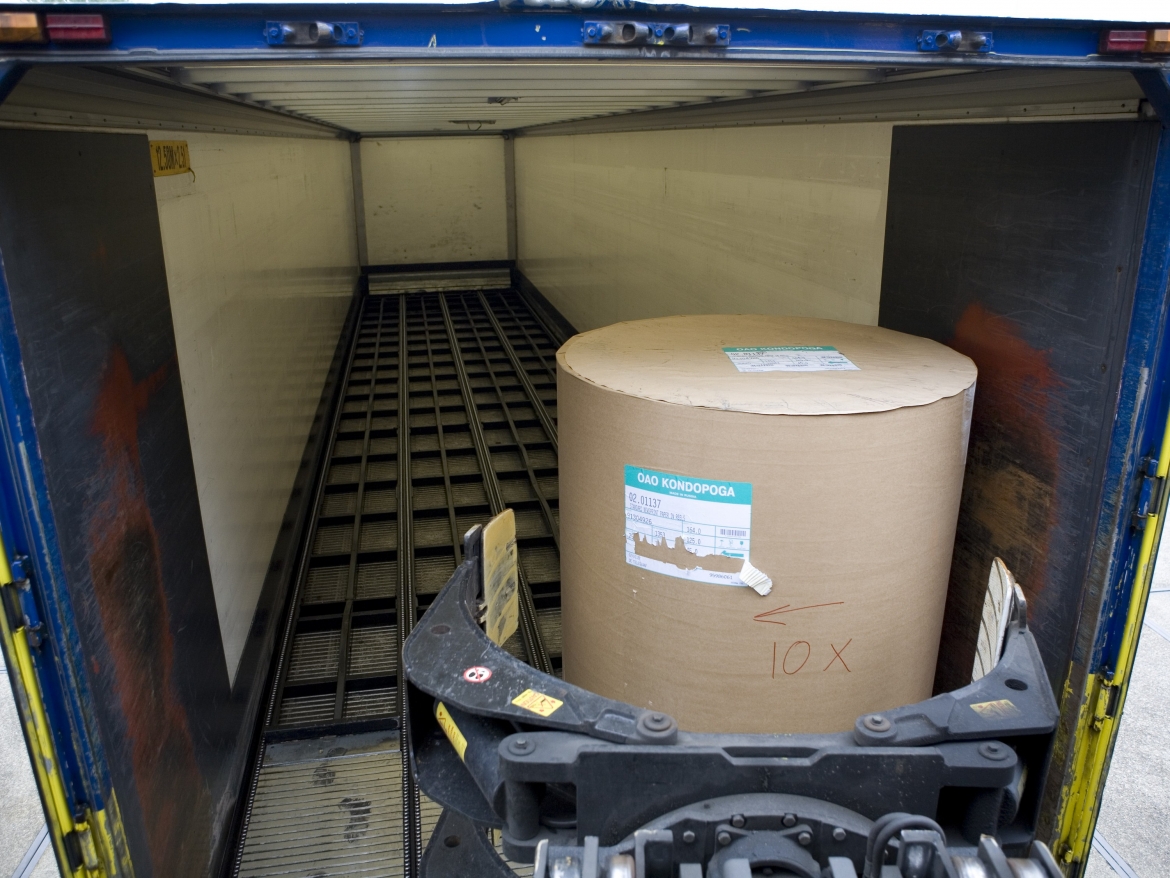 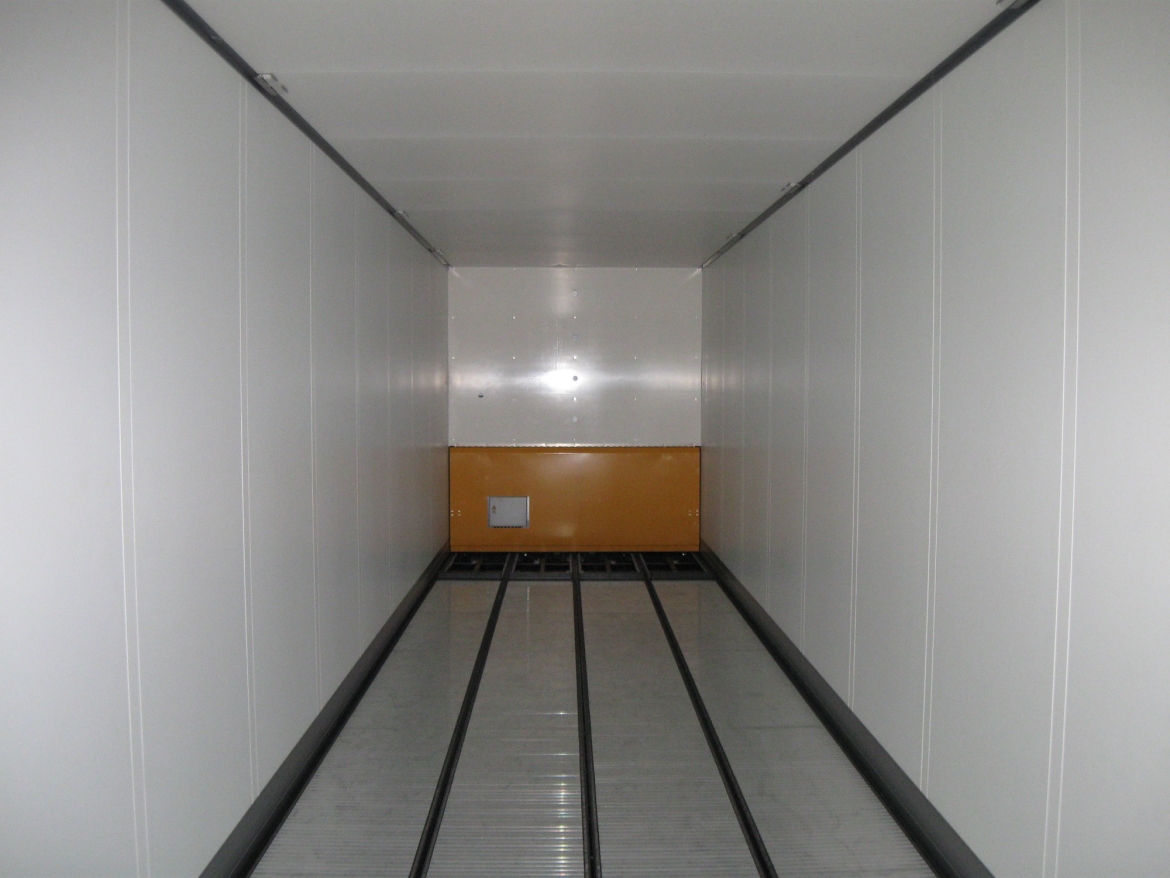 To be able to serve you better, ancra.nl uses cookies. By clicking "I agree" or by continuing to use this website, you agree to the placing of these cookies.